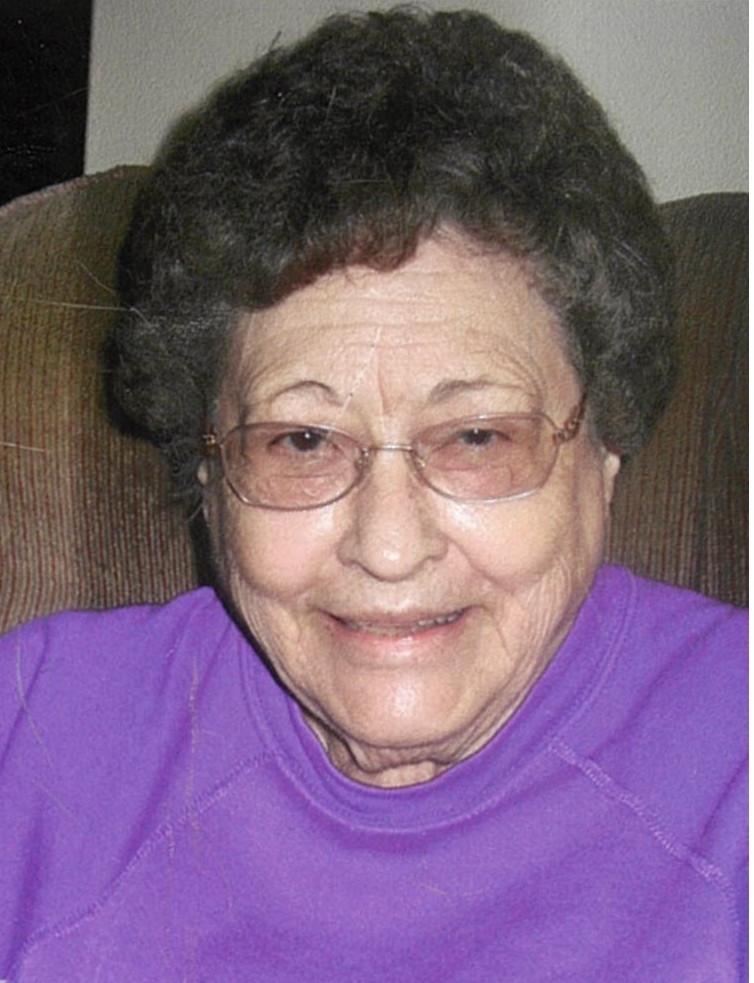 Doris was born February 1, 1921 in Jackson Township, Richland County, Ohio. She was a 1938 graduate of Shelby High School. Doris had worked for Shelby Equity and for Shelby Floral where she loved to arrange flowers. Doris enjoyed knitting and crocheting, was an avid race car fan and would travel weekly to Sandusky to watch the races. Doris was a member of Trinity United Methodist Church in Shelby.

She married Othol Myron Johnston on September 20, 1941 and he preceded her in death on April 21, 1984. Her son: Lynn L. Johnston on October 17, 2013; and her parents: Alvin J. and Lowie A. (Dick) Holtz also predeceased her. Those who survive include her son and daughter in law: Rick (Beverly) Johnston of Shelby; 5 grandchildren: Bryan Johnston, Jeff (Nikki) Johnston, Michael Johnston, Michelle Johnston, and Erin (Matt) Lesseuer; and 4 great grandchildren: Katlyn, Chase, Paxton, and Adilyn.

A private family graveside service will be held at a later date. Burial will be in Oakland Cemetery. The family would like to thank the staff who cared for her at Elmcroft and with Hospice of North Central Ohio. Care for Doris and her family is being provided by the Penwell Turner Funeral Home, 168 West Main Street, Shelby.