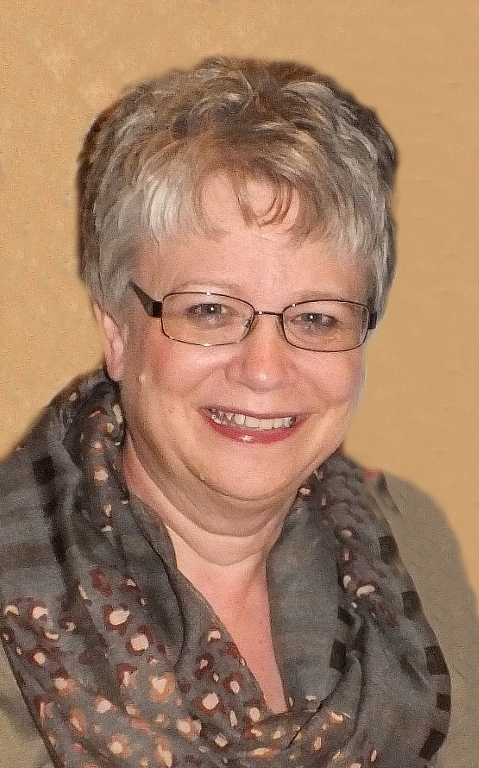 Amy was born October 18, 1954, to Lloyd and Jeannette (Kempf) Seitz, Jr., in Shelby, Ohio. She was the valedictorian of the 1973 graduating class of Plymouth High School. After that, she worked full-time at the Shelby Mutual Insurance Company, earning a promotion to the position of Underwriter in a short time.  Over the years, she was also employed part-time by Turner Funeral Home, American Greetings, M&M Greeting Card Sales, and Providence Care Center.  She enjoyed the greeting card business and wrote many of the verses for best-selling Avanti cards, as well as doing free-lance writing for several publications, along with being a top-notch proofreader. She also cultivated several cottage industries over the years, her most recent being the design and making of Abacus Kitchen Rosaries.

She studied and completed the Toledo Diocese Lay Ministry Formation classes and was active in several parishes and at the Sorrowful Mother Shrine.  Amy had an unbounded love for proclaiming the Word of the Lord as a lector at weekend masses.

On October 2, 1976, she married Richard Russell, and they began their many adventures as a married couple, first purchasing a house in Shelby, then buying and moving to her childhood home in Plymouth Township. Their adventures continued when they moved to her beautiful log cabin in the woods in Sherman Township, Huron County, in 2008, where she resided until her death.

Amy is survived by her husband of 45 years, Richard Russell, of Sherman Township, and her most wonderful son (as she always described him), Benjamin Russell, of Austin, TX.  She is also survived by her sister, Ann Tucker, of Maysville, KY, and by a brother Daniel (Darlene) Seitz, of Shelby.  Also, by two sisters-in-law, Dianne (Chris Nichols) Russell of Maryland, and Karen (Gary) Holt, of Hilliard, OH.  Other surviving family members include many nieces, nephews, cousins, and aunts and uncles.

She was preceded in death by her parents, several cousins, aunts and uncles, and by her brother-in-law, Sam Tucker, and her niece, Jill Tucker Colman.

Calling hours will be observed from 4 pm to 7 pm on Wednesday, January 5, 2022, at St. Gaspar Del Buffalo Church, 16209 Co Rd 46, Bellevue, where a rosary will be recited at 7 pm. Her funeral mass will be held at the church on Thursday, January 6, 2021 beginning at 10:30 am with Fr. John Missler celebrating. Burial will follow in St. Michael’s Cemetery, Thompson Township, near the church.

In lieu of flowers, donations may be made to St. Gaspar Church, Sorrowful Mother Shrine, Bellevue, or Abigail Pregnancy Services, Norwalk.

Care for Amy and her family is being provided by the Penwell Turner Funeral Home, 168 West Main Street, Shelby. Appropriate ways to express sympathy for those unable to attend may be done by leaving an online condolence at www.PenwellTurner.com or by leaving a comment on Amy’s obituary on the funeral home’s Facebook page, Facebook.com/PenwellFuneral.